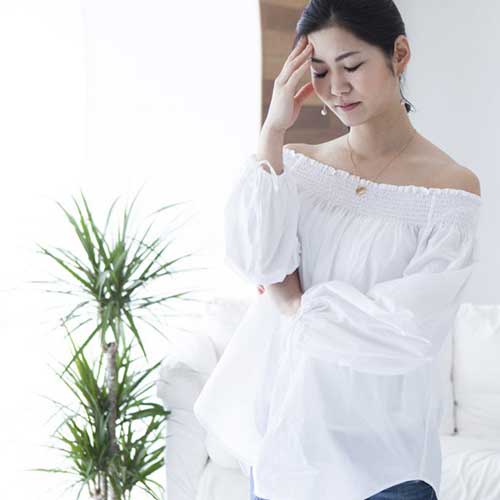 Depression is a disease with many unknowns. A combination of abnormal brain function and various factors, such as stress, physical illness, and the nature of the person, is said to develop the symptoms.

The symptoms can cause depression, loss of interest or pleasure, poor thinking or concentration, decreased motivation, self-blame, and suicidal. The somatic symptoms include abnormal sleep (insomnia), decreased appetite, fatigue/malaise, decreased libido, and dull headache. The symptoms after a head-collision accident is, so-called, non-organic mental disorders that are not accompanied by organic brain damage.

The victim's complaint of being depressed by an accident is common, but the requirements for this to be recognized are considerably high and require careful consideration.  If an accident occurs, many people suffer from the accident.
They may also feel tired and fatigued, have a loss of appetite, and may be unable to sleep. These are certainly the symptoms, but they do not appear to be damage or sequel of traffic accidents. The symptoms of depression are likely to be recovered after some time.

Grading of sequelae disorder is based on a comprehensive assessment of the causal relationship between the event and the event (situation of the accident, injury status, time of onset of psychiatric symptoms, history of psychiatric consultation, psychiatric disease name, etc.) and the causal relationship between residual symptoms (course of treatment since onset, effect of traffic accident on residual symptoms, factors outside traffic accident).

The three grades of sequelae of non-organic mental disorders are class 9, 12 and 14.

PTSD (posttraumatic stress disorder) is a strong experience of death (such as accidents, disasters, combat, abuse, violence, or rape) that produces three symptoms, lasting at least one month or more, and has a major impact on life and work. The main symptoms are as follows:

Nightmare. Flashback, illusions and hallucinations of experience. Subjective distress from trauma-related stimuli.
You are reminded without any incentive.

Initial insomnia. Irregular. Poor concentration. A tense alert.Surprise at trivial things.
It occurs in some patients who are severely injured in traffic accidents (those who have suffered a very serious injury that may result in a loss of boundaries between life and death).
Certified criteria for sequelae are the same as for non-organic mental disorders.
Extremely frank, it must be said that it is unusual for depressive symptoms caused by traffic accidents and PTSD to be recognized as sequelae caused by traffic accidents.
It is strongly recommended that those who are bothered should consult their lawyer early, obtain an appropriate medical certificate, and obtain a written opinion from their physician, rather than being negotiated on their own.
It can be disadvantageous only if it takes a long time.
Also, even if not recognized as a sequelae disability grading, continuing to complain strongly of symptoms may increase the amount of injury comfort.
Various methods can be considered, so please feel free to consult with us without worrying about it by yourself.
Even if you consult, you often feel a lot more emotionally comfortable.
We would appreciate it if we could explore your best together.